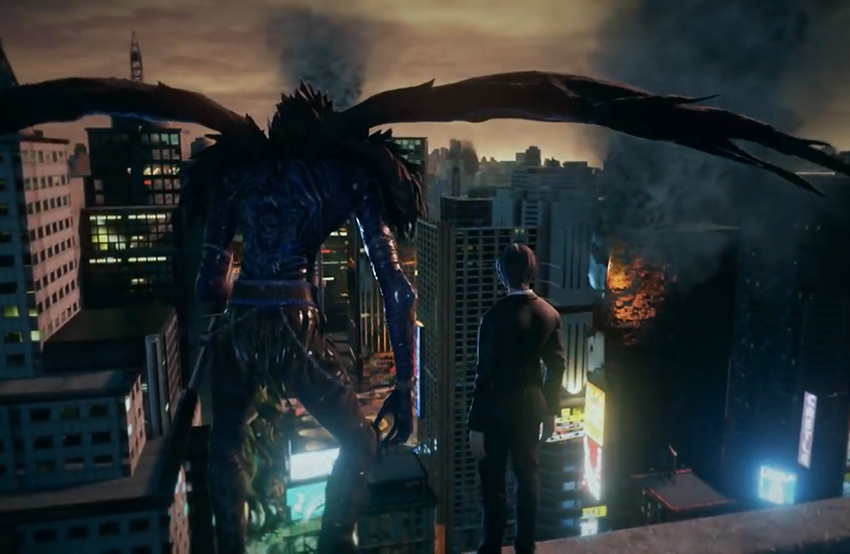 Now that E3 2018 has wrapped up, looking back at the big reveals, there’s one that really stands out to me as the most geektastic. No, it wasn’t that brutal trailer for The Last of Us 2 or the sheer jaw-dropping beauty of Ghost of Tsushima. No, instead it was a couple of silly haired, angry folks duking it out with cartoony powers in Jump Force, the upcoming anime crossover fighting game that sees characters from several different Shonen Jump anime/manga series thrown together on-screen for the first time

Essentially gorgeously animated fan service to the max, Force Jump will allow us to see if Naruto’s Rasengan can beat Goku’s Kamehameha, Sasuke’s Sharingan can see through Roronoa Zoro’s Three Swords Style, or if Monkey D. Luffy can simply punch ol’ Frieza in the face from across the map. For an anime fan such as myself, this clash of characters is awesome, especially since Shonen Jump plays host to so many other series that could slot right in here.

Death Note, with its characters relying on brains instead of brawn, is not such a series, and yet we caught a glimpse of both Light Yagami and Ryuk at the very tail end of the first Jump Force trailer. So what gives? How would Light, with his lack of martial skills but ability to kill anybody simply by writing their name down in a special book, actually play in a fighting game? It’s simple: He won’t.

During an interview with Gamespot, game producer Koji Nakajima revealed (via translator) that “This game is going to feature a story around this unique situation,”

…that’s where Death Note comes into play. To kind of weave the story together. So, Death Note is not [going to have] a fighting game character.

Bandai Namco PR manager Nick O’Leary continued in a different interview with ComicBook.com, confirming that unlike the characters from Naruto Shippuuden, Dragon Ball, and One-Piece, the ones from Death Note are not “highly action-oriented characters”.

We teased the characters, and those have more to do with the story that we’ll be talking about as the months come. So those characters will not be playable. They’re more involved with the story.

O’Leary did confirm that you will be seeing Light and Ryuk behaving like themselves – including killing others via notebook – but these events will not be under the player’s control and instead be part of the story which is being kept tightly under wraps for now. There is a chance though that we may see other characters from Death Note that are playable. Personally, I just want Saitama from One Punch Man added to the game’s roster. As the final boss, of course. Because nobody could beat him in a straight fight.