Home Gaming FFD: What would you rather be playing right now? If you’re one of the many who took today off work to have a long weekend, I’m busy hating you – as is pretty much everyone else who’s sitting at a desk right now, not playing videogames and being awesome.

While half the country is off doing things that aren’t work, the rest of us sit twiddling our thumbs, making it look like we’re working. If you’re one of the unfortunates stuck doing completely un-awesome things under the guise of employment, tell us what you’d be playing if you weren’t chained to a desk.

I took the opportunity yesterday to get back in to Borderlands, finally making use of that stupid season pass I bought; and I have to say, Mr Torgue’s campaign of carnage is a heck of a lot of fun; re-instilling the faith in the franchise that the previous pirate-themed DLC ripped away; and I’d much, much rather be shooting things right now.

What would you rather be playing?

Much like Ebenezer Scrooge, not everyone is a fan of Christmas. And thanks to Charles Dick… 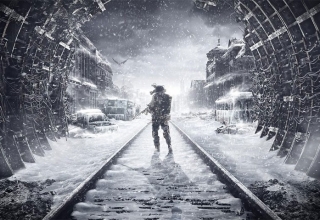