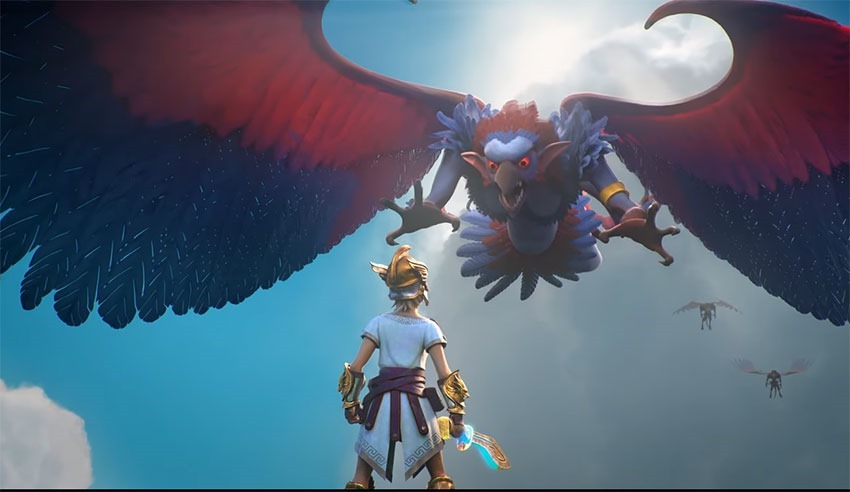 Ubisoft boss Yves Guillemot says he believes video games have a positive impact on the world around us. Games should make you stronger and happier – with you spending quality time with friends and family.

To that end, he called on Marc-Alexis Cote, Ubisoft senior producer (who’s been busy with Assassin’s Creed Odyssey). This new game dips into mythology and the gods and is called Gods and Monsters. It’s coming in February 2020 – but we don’t really know very much about it.

“From the creators of Assassin’s Creed Odyssey comes a storybook adventure about a forgotten hero on a quest to save the Greek gods. Prove your heroism by fighting dangerous mythological creatures and taking on their fearsome leader in a face-off for the ages. Explore a beautiful fantasy world where tricky trials, treacherous dungeons, and heroic feats await. The journey will be as challenging and rewarding as the final destination, and you will emerge as the hero you are meant to become.”