Home Gaming The MSSA feels they played a part in top teams, but the real question is why’d they leave?

In a new piece about Mind Sports South Africa, General Secretary  (and former president) Colin Webster pointed out the crucial role the MSSA played in the development of top teams we’re supporting today. While no teams were mentioned, Webster made it clear that these teams who “lauded” their achievements paled in comparison to what the MSSA has done for South African esports. Webster also mentioned that a large number of these players were once part of the MSSA as members, and a number of them represented South Africa and received colours.

As taken from his blog post on the infamous “Esports Commentator” blog:

“In fact many of the people who claim to be ‘community leaders’ competed in many a MSSA event. Practically every person who now runs a private event or private company that owns a team has come through MSSA an been awarded either provincial or national federation colours. There are even some who earned Protea Colours  and represented South Africa in an official capacity with pride and honour.”

It’s undeniably true. A number of players and team owners were once MSSA members and a few did compete in the National Team. But what we should be asking is why none of those players, who Webster alludes to, are still part of the MSSA?

What most people don’t know is that “community heads” came together a number of years ago and decided to give the MSSA a chance in redeeming themselves. They were unfortunately met with a number of issues which included region restrictions, which prohibited them from competing in their own teams and instead had to form new squads to adhere to the MSSA’s rulings.

The National Dota 2 team (missing Wassim “seeM” Lorgat) who were then part of Bravado Gaming. – Image via MSSA

This wasn’t an issue for most, but the case I’m speaking of is the one where the National Dota 2 team was made up of players from two separate (competing) teams. At that exact time Bravado Gaming and Energy Esports were neck and neck in competition, and both teams joined together to form the MSSA National Team. This piece of information is important to note as I feel it furthers the lengths local gamers were willing to go to truly give the MSSA a fair shot. 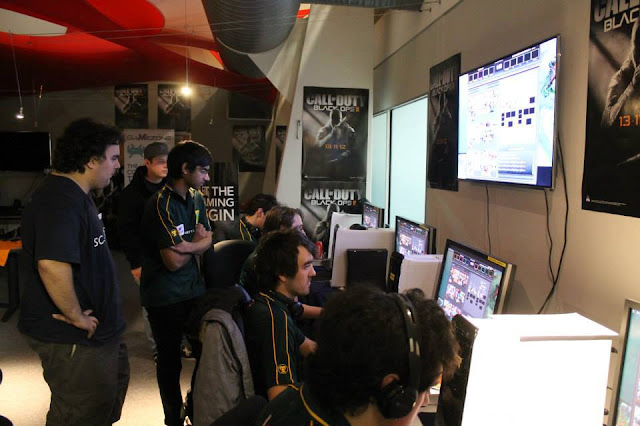 The National Dota 2 team during their friendly match against Romania – image via MSSA.

What happened next was briefly explained to me via a reputable source and he states that a few players who were part of the Dota 2 team were then asked to make a League of Legends team to compete later that year. They initially agreed but later decided to pull out and were then slapped with a lawsuit over breach of contract, while being “contracted” as the National Dota 2 Team.

I’ve used the example above to further bring forward my point as to why none of the top teams and “community leaders” are interested in the MSSA, and this is just one case where the MSSA has taken five steps backwards after making actual progress.

One of their biggest issues has been the way certain members of the MSSA have dealt with community comments regarding the organisation and some valid opinions amidst the obvious flame. Another major issue is their inability to adapt to the current pace of esports in South Africa. They’re not offering much incentive other than national colours for teams and players and those who are interested in this sort of venture are being ostracised by the community at large for taking part in trials and matches under the MSSA. This is the unfortunate result of years of backlash from the community, but the issue doesn’t solely lie with the MSSA, and extend to certain members within the organization

Many felt hopeful after the new president of the MSSA, Morizane Boyes, shared her aspirations for the organization under her leadership, but the constant backlash from the community has not stopped since divisive pieces of this nature continue to be issued under the MSSA’s banner. The one thing I cannot fault the MSSA on is their schools program which brings competitive gaming to a large database of schools around the country, but that’s about it.

National Colours meant you’d get a picture in the school magazine and your name etched onto a board in the school hall. This seemed enticing when I was about 15, but now that esports is an industry which rivals mainstream industries, representing your country doesn’t seem all that worth it. Many of our top teams aspire to compete in private competitions for millions of dollars, and locally the prize pools are getting bigger by the year.