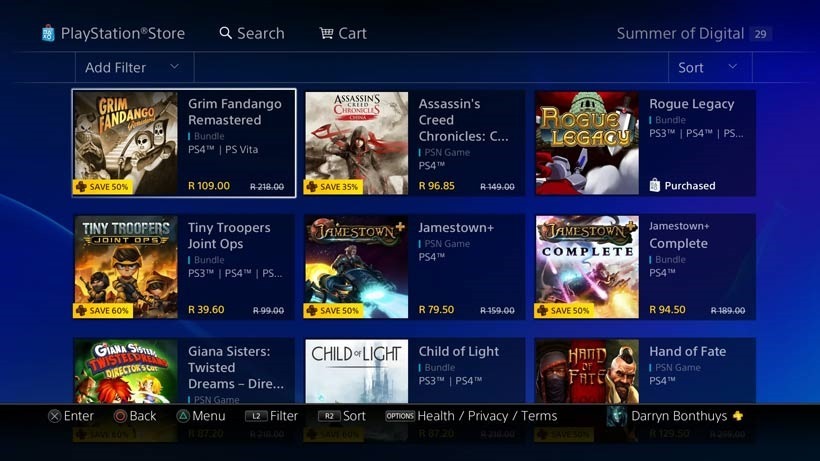 Who needs to go outside? Fresh air, completely overrated. Sunlight? The star we orbit emits light that BURNS, dammit! Even worse, there are…people outside. People who want to do things, like say “hello” and measure my Thetan levels.

No thank you, I’ll stay inside instead. And thanks to the digital nature of the gaming market today, I can keep myself occupied with a download or two of some cheap games. The PlayStation Network is running another one of their four-week sales.

The idea is simple enough: New games on sale at a decent price, every week. Each week, those games are tossed aside to make room for a new selection of titles. Neat! Here’s what’s on sale this week. If you have a local PSN account, fret not: The deals are also available there.

And the prices, are pretty much in line with the UK and Euro prices. Which is bloody amazing.

Deal of the Week (ends 8 July)

Personally, I’m hoping that either of the Devil May Cry remasters make it onto that list. Or as Doctor Zoidberg would say, “Why not both?”. Don’t forget, Sony is also having another sale. The big in Japan sale. If you’re into those kinds of games.