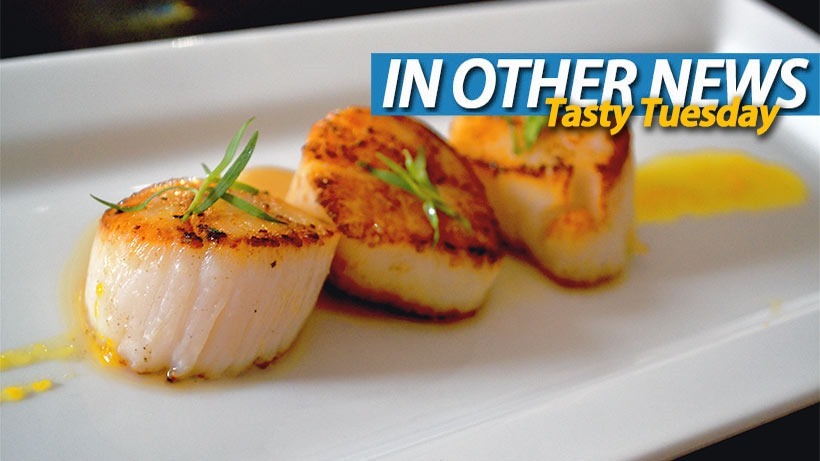 Right now, as far as I’m concerned, everything can get in the sea! But some things need to get out of the sea, and be eaten!

I’ve already told you all that I’m not exactly enamoured with the Frutti Di Mare; particularly the scaly piscine, osteichthyes sort. Things that generally have shells around them though? Those can get out of the sea, and in to my mouth. And if there’s one thing from the sea that I’m a sucker for, that I just can’t resist, it’s scallops. The saltwater clam is one of the most delicious things to come from Poseidon’s domain, lightly pan-fried – soft, sweet and juicy.

In Other News – Klap an oke with a Klassic fatality, A PS4 that doesn’t sounds like a hairdryer en Doom is nog steeds skokkend.

Here’s the news we didn’t post because we were too busy getting in the sea!

X-MEN APOCALYPSE is ‘the true birth of the X-Men’
Arnie is flat domestically, but still big overseas
The first trailer for CHRIS TUCKER LIVE is uncensored and unbelievable
Director Alan Taylor says TERMINATOR GENISYS has 7 timelines… Wait, what?!
Cinophile: MASTER OF THE UNIVERSE
Take a gander at these photos from PRIDE AND PREJUDICE AND ZOMBIES
FANTASTIC FOUR director Josh Trank talks about a “multipower slugfest” in the film