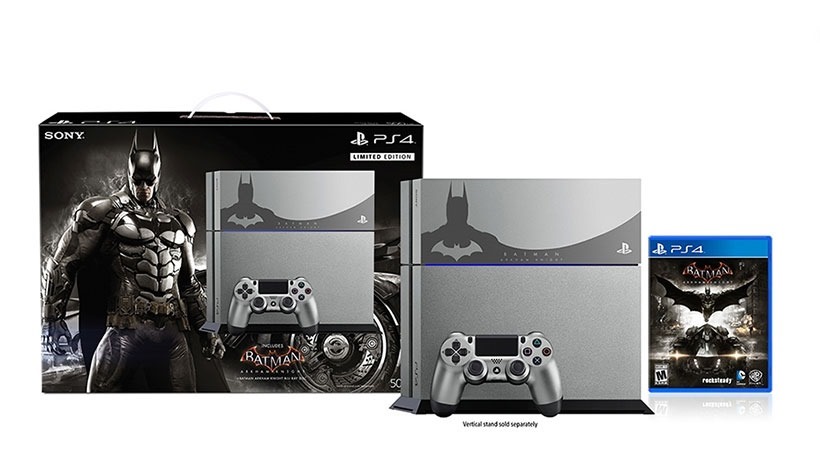 It should come as no surprise to anybody that Sony’s console is still at the top of NPD’s US-centric hardware sales charts. Save for one or two blips (on an otherwise uninterrupted downward trajectory), that’s been the status quo since both machines saw release at the end of 2013.

“PlayStation 4 was the top-selling console in the United States in June due to the overwhelming popularity of the Batman: Arkham Knight PS4 bundles,” says Sony. “PlayStation 4 also led software sales in June.”

Yes, it was largely because of Batman’s PlayStation 4 bundle – including a custom one – that Sony’s console stayed at the top. Despite having a broken PC launch, Batman: Arkham Knight was last month’s best-selling game too.

Without that bundle, it’s quite possible that we’d have had another Xbox One month. Microsoft’s Aaron Greenberg was quite bullish about the console’s performance in June, adding that the Xbox One was the best-selling console during the week of E3. With Microsoft’s strong conference, that’s not entirely surprising.

As for games? Here’s the list of the best-selling games of June. It is of course always worth noting that the NPD doesn’t track digital sales, so its data is very nearly as useless as Darryn reporting on sports games. Or tech.  For interest’s sake though, here are the top sellers:

“Sales of Arkham Knight slightly exceeded October 2011 sales of Batman: Arkham City, which is remarkable considering the difference in hardware install bases,” said NPD analyst Liam Callahan. “If sales were included from hardware bundles, Arkham Knight is the best-selling game of 2015 so far,” he added.