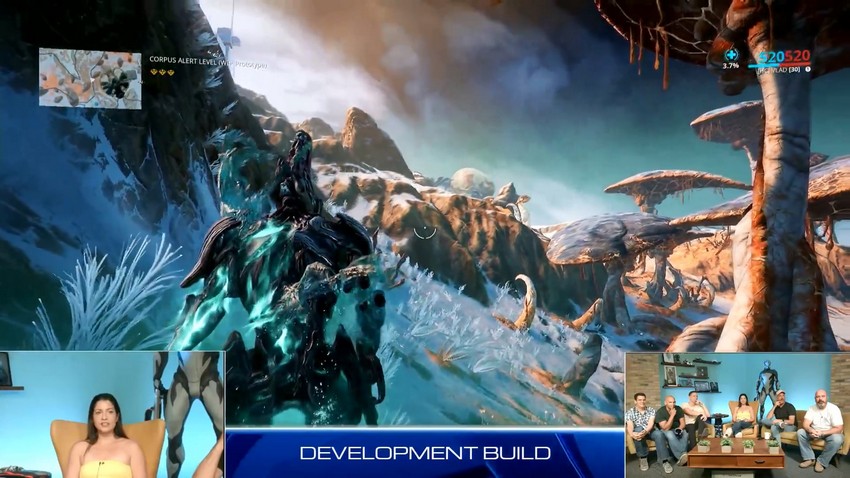 After the awesomeness that was Tennocon just over a week ago, Warframe developers Digital Extremes were back with their regular Devstream live stream this weekend past after a lengthy pre-Tennocon hiatus. And Devstream 113 was a big one! Community Director Rebecca Ford led the team through a series of major reveals about upcoming content and big changes on the way as well, which included, among many other things, more info on Warframe’s port to Nintendo switch, the new Railjack game mode, and the upcoming Venus open-world update.

If you don’t want to or can’t watch the hour-plus long Devstream in full above, then have no fear, Tenno, as DE’s Devstream overview is here to sort it all out. First off the bat for me is something small, but which was one of my biggest questions after Tennocon: Would we need to create a brand new account for the game – and thus lose all progress/items – when it gets ported over to Nintendo Switch?

We’re hoping to have a PC to Switch account migration upon launch, but details are still TBD.

Damn it. No mention of console in that, but I can’t see how they would just ignore a large portion of the player base. It was also mentioned that the goal is to have the two platforms in sync so that you can swap seamlessly between the two. Next up, more details were revealed about the epic-looking new co-op space combat game mode, Railjack, which was debuted in that jaw-dropping demo at Tennocon.

The team also indicated that they are aware that the flashy Railjack has attracted the attention of tonnes of outsiders who have never played Warframe before. As such, DE want to make sure that they get every aspect of it right before releasing, which is why they haven’t given a set release date, however we could see it before the end of the year. 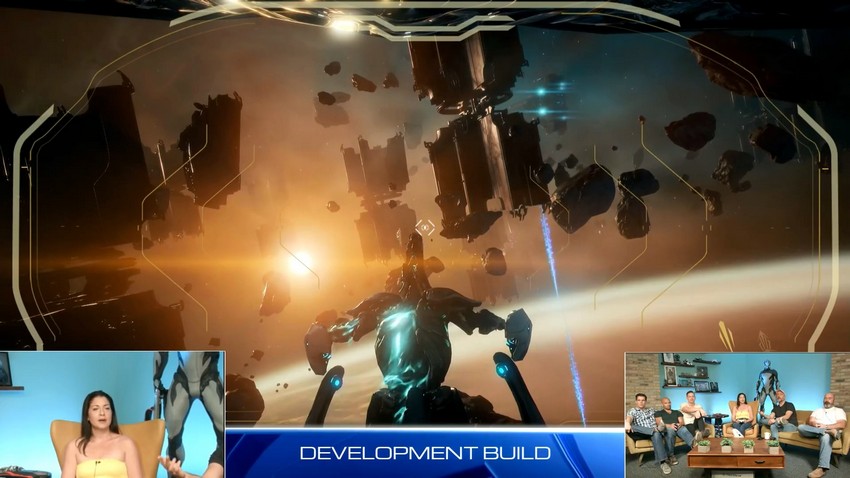 Onto the upcoming Fortuna update, which will bring with it the new open-world area set on Venus. A lot was discussed about this area, which will be coming with its own GTA-like wanted level that will see your actions earn you notoriety and pursuit from the local law. DE also detailed how they’re handling gameplay grind, explained that the massive spider-like Orb Mothers are not the same as the Eidolons on Cetus, and that there’s a whole sub-culture to explore around the K-Drive hoverboards.

Along with the Venus info, we got some concept art for the new alien animals you can find on the planet and will be tracking and trapping as part of the new conservation game mode that was shown off in the Tennocon Fortuna gameplay.

DE also revealed that since they first showed him off in the previous Devstream, the team has made several changes to the upcoming revenant\vampire themed Warframe, still codenamed Vlad for now.

First Ability: Enemies are fully afflicted on initial cast now. When they attack other foes, they also afflict them. There will be a cap on afflicted enemies, we’re currently working with the number 20.

Second Ability: Nothing has changed, but now the number of charges you have are visually represented by energy armor that slowly deplete upon use.

Fourth Ability: This ability now emits powerful beams of light from your hands, turning you into a deadly laser light show. Similar to Mesa’s Peacemaker, holding the M1 or M2 button will cause you to focus more damage on where you aim.

Vlad sits in a very intriguing space at the moment, as his ability to mind-control enemies seems to indicate that he could be putting Nyx out of a job. His new abilities certainly do appear to give him more utility as you can see in the gameplay below.

Besides for the above, DE also showed off the first look at the incredible Steampunk-inspired deluxe skin for Vauban (the final skin will feature all the pistons on his chest moving independently of each other) as well as the long-teased Nidus deluxe skin with the energy arms.

Also revealed was that some “Relay Reconstruction” mini-event was on the way, and the team will slowly be rolling out the Pets 2.0 changes instead of just one big rework. Finally, while Devstream 114 doesn’t have a confirmed date yet (although it will probably be in two weeks time), you should definitely keep an eye out for it as DE will be doing a “deep dive” on the upcoming Melee 3.0 rework.