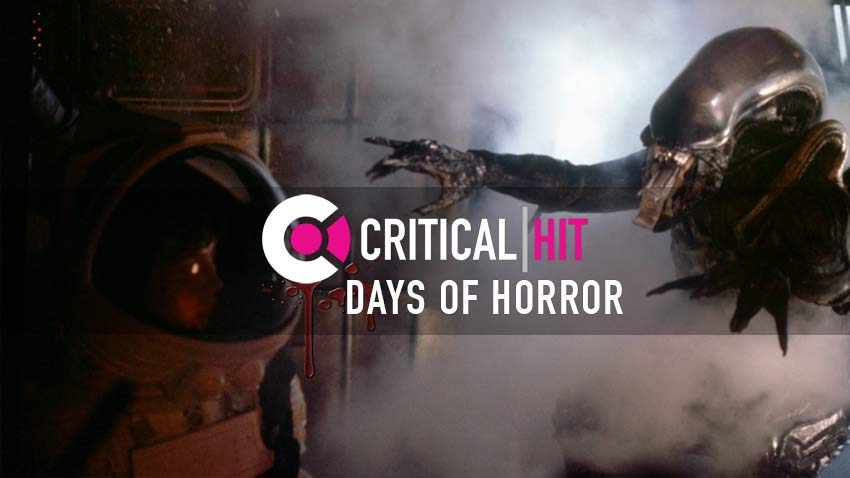 Welcome to Critical Hit’s 31 days of horror! It’s the month of spookiness, of frights and jump scares and we’re ready to celebrate! Over the decades, pop culture has managed to create eerie atmospheres, scenes of terror that can’t be contained within a single genre and we’re looking back at the films, video games and the many maniac moments that had us squirming in our seats. 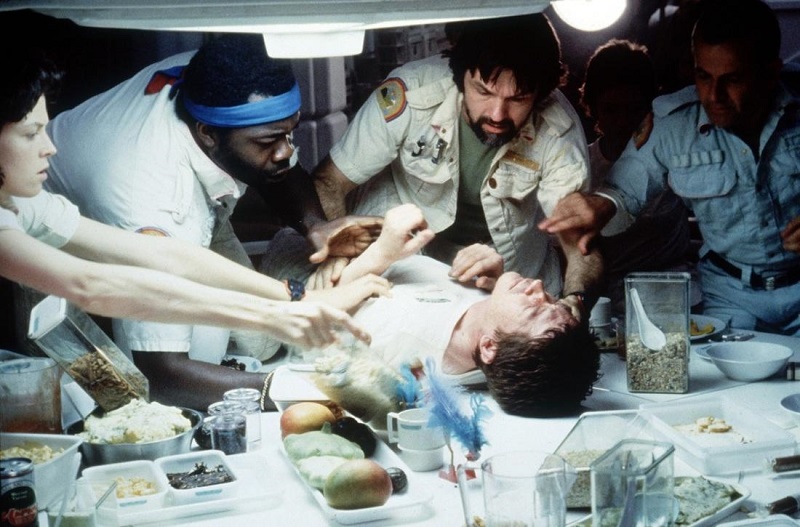 Yes, it’s Craig and its aliens again. I clearly have a phobia here and knowing Nick is still living on earth doesn’t help. This time though with arguably one of the most famous scenes of the mall, the Xenomorph chest burst.

Before the franchise became a little bit of a laughing stock it was a source of genuine terror. The first Alien film was a remarkable sci-fi horror film. It had everything going for it that created the perfect atmosphere for any true horror film. Tight confines yet all within the vast emptiness of space. It’s dark, atmospheric and had an exceptional cast that knew how to be well and truly frightened. Add to this the knowledge that whatever was hunting them down was a lot stronger than they were truly made you fear the beast.

It’s the moment when, you know, the team is talking all casually before someone starts to suffer from stomach pains and… a Xenomorph bursts through his chest. That scene.

The scene is so well known now, but back then it was completely unexpected. The whole scene starts off quite innocently and takes a very unexpected turn before the Xenomorph makes its appearance and completely unsettles you. It works for its sudden change in tone and the unexpected nature of the Xenomorph’s appearance. Back then all we had to fear from aliens were anal probes and lasers. Being eating alive from the inside though is a whole other level of frightening. That the Xenomorph looks terrifying and that the massive amount of blood leaves you unsettled only added to the fear and dread you feel watching it for the first time. In a world where horror genres like to build up their jump scares with music and suspense,  Ridley Scott here goes in the complete opposite direction and just hits you with it, with no build up or even music to give you a clue about what is coming. Something many directors should take note of in building big scary scenes in their films.

The Xenomorph chest burst also presented the world with one of the best onscreen deaths as John Hurt’s character meets his untimely demise and inspired many films to try and kill off their characters in weird and bizarre ways, but never to the same effect.