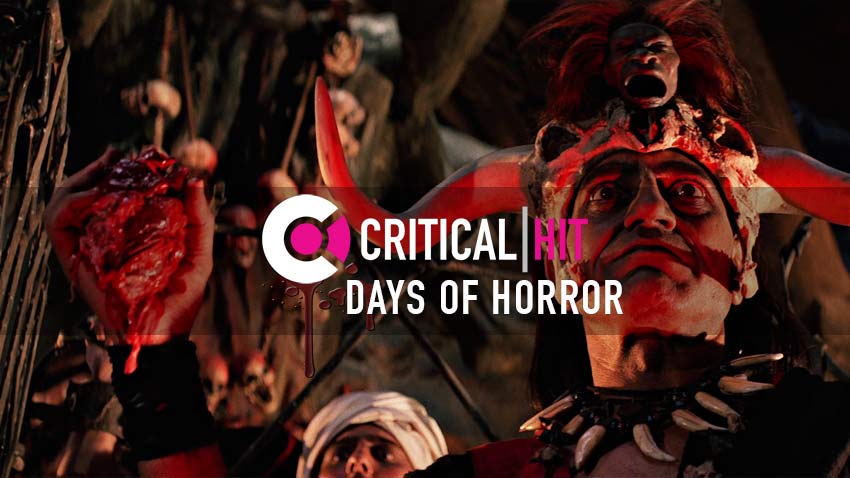 The film
To this day it grates me how apologetic Steven Spielberg is about Indiana Jones and the Temple of Doom, calling it “too dark, too subterranean and much too horrific.” 1984’s Temple of Doom has its problems – its negative depiction of Indian culture and Kate Capshaw’s continually-shrieking love interest are biggies – but the movie’s intensity definitely isn’t one of them. 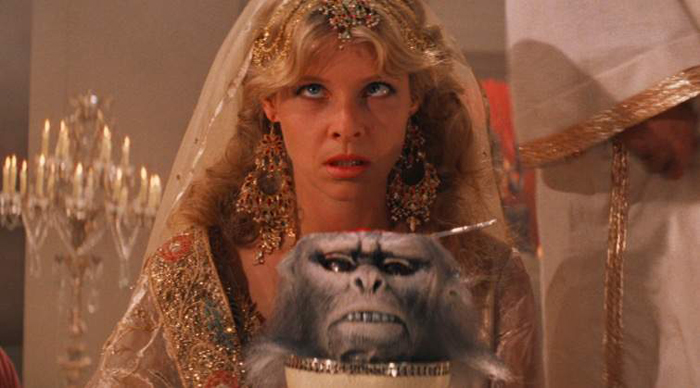 Looking back at it now, Temple of Doom may not belong to the horror genre, but it’s wall-to-wall nightmares. There’s everything from body horror to bugs, voodoo, drinking human blood, being stuck on a pilotless plane, outrunning a tsunami and even crossing a rickety old bridge suspended a hundred metres over a river of ravenous crocodiles. And we’re still neglecting one of the action-adventure’s signature scenes…

The scene
Archaeologist Indiana Jones (Harrison Ford) and his companions, Short Round (Jonathan Ke Quan) and Willie Scott (Capshaw), have finally reached the source of the “growing shadow” around Pankot Palace, a once-deserted settlement in a remote part of Northern India. They’ve just survived a booby-trapped secret corridor beneath the palace, ceiling-to-floor creepy-crawlies, an assassination attempt by a garrote-happy Thuggee, and before that all there was a delightful dinner of beetle guts, eyeball stew, live snakes and chilled monkey brains. Now, though, they look on while a resurgent Thuggee cult perform a human sacrifice to the goddess Kali.

Why it works
Well, first of all, everything is better with mad cultist chanting. Alternating surges and lulls, this scene is a masterclass in tension generated through sound design.

Then there’s the emergence, finally, of the film’s apex villain, Mola Ram (Amrish Puri), a High Priest of the Thuggee. With his horned headdress, black-and-red robes and maniacal laugh, Mola Ram is coded as peak evil – even before he shows off his black magic abilities.

Finally, there’s the refusal of the camera to cut away from the horror. Like Gremlins in the same year, Temple of Doom tested age restrictions on release, and earned controversy for its graphic content despite being targeted at the PG-13 crowd. In this scene, we actually see the chest being penetrated by hand; the heart yanked out. And we witness the entirety of the victim’s burning to death inside a pit of lava, following his plunge all the way, long past the moment he catches alight.