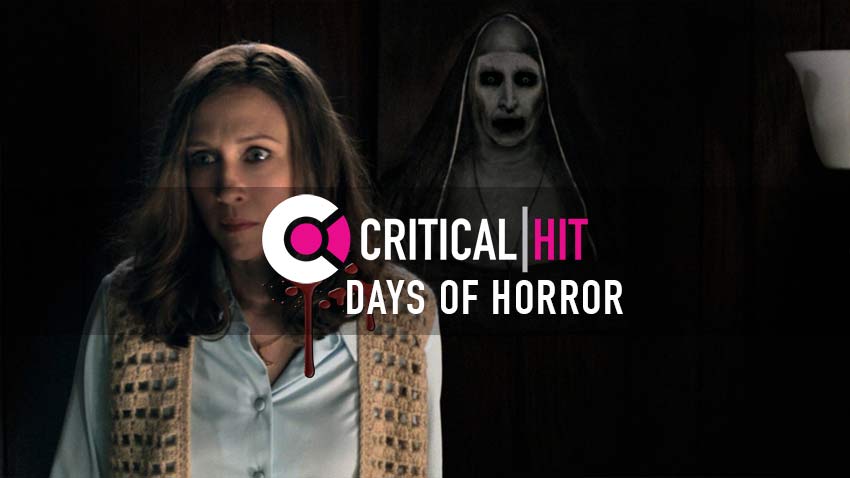 There might be a lot of mediocrity in the horror genre, but you have to admire filmmakers for continually trying something new; creating original projects and characters. Sure, they may be attempting to jump-start a franchise that will inevitably be squeezed of every ounce of creativity and atmosphere, but we’ll always have the first (and maybe second) movies in the series to appreciate.

Looking back over the past five years or so, its been an especially good period for that sub-genre centred on families struggling with haunted homes and demonic and/or ghostly torment. Sinister, Insidious and The Conjuring stand out, with the latter two coming from Saw (and upcoming Aquaman) director James Wan.

Low on gore and high in atmosphere, The Conjuring – which has gone on to spawn an entire universe, including the Annabelle films and this year’s smash-hit The Nun – is arguably the biggest success story in horror of the past decade. It benefits from being based on real-life paranormal investigators Ed and Lorraine Warren, and some of their most famous cases from the 70s onwards. The retro setting is a nice touch, but the film’s greatest strength is that it has Patrick Wilson and Vera Farmiga playing the Warrens as a married couple deeply devoted to each other, as well as doing good in the world. It’s a refreshing change from self-absorbed teenagers and college kids taking centre stage in the genre.

The Conjuring films may ultimately succumb to an overblown and unoriginal final act, but the audience will put up with it because we care so much about the Warrens. A focus on character development makes them feel warm and real, and the same goes for the families affected by the series’ hauntings, because they are all given time to earn our affection in between the horror.
Now 2016’s The Conjuring 2 wasn’t as good as its predecessor. However, much like the first movie introduced the world to Annabelle the possessed doll, 2 brought us Valak the Nun (only created during The Conjuring 2’s reshoot stage, out of interest). With Valak, viewers were treated to one of the most unforgettably scary scenes of contemporary horror.

Deeply concerned about their upcoming case, and the threat it poses to her husband specifically, Lorraine Warren is at home with her daughter Judy. When Judy spots a black-robed figure in the corridor, Lorraine follows it into her husband’s study.

If you think about it, the design of the Demon Nun is basic Halloween stuff – habit, white face paint, fangs, black lipstick and contact lenses. Simple. Unimaginative, and yet, the image is chilling at a primal level. As an embodiment of total demonic corruption, Valak is arguably one of the icons of modern horror, with a creepiness factor right up there with the Bride in Black from the Insidious movies.

Another reason this scene works so well is the emotional investment the audience already has in Lorraine. Over the course of a movie and a half, we’ve come to care deeply about this gifted psychic who soldiers on bravely, helping others, despite the scars left by other paranormal encounters. We don’t want anything to happen to her, and a large part of it stems from Vera Farmiga’s consistently excellent acting.

Finally, there’s the slow-build of this scene. The usual jump-scare elements are there, like music that suddenly blares, lights that go out and slamming doors, but – like blackened fingers that crawl around the edge of a picture frame – the dread gets dialled up gradually, accompanied by a skin-crawling wail, until the inevitable release of that tension.

Thank God it was just a vision. Or was it?