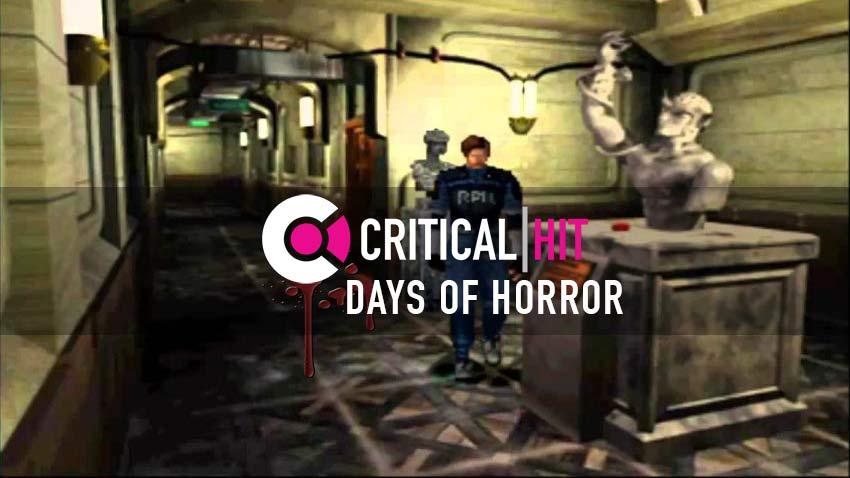 Welcome to Critical Hit’s 31 days of horror! It’s the month of spookiness, of frights and jump scares and we’re ready to celebrate! Over the decades, pop culture has managed to create eerie atmospheres, scenes of terror that can’t be contained within a single genre and we’re looking back at the film and gaming maniac moments that had us squirming in our seats. Today, it’s the turn of classic video game Resident Evil 2 to prove to us that boarded up windows are pure evil.

I’m many things, but a fearful person is not one of them. At least when it comes to things that aren’t horror games. Unlike being a passive observer in a horror movie, there’s something about horror being interactive that just gets under my skin. And few horror games gripped 17-year old me with fear quite like 1998’s Resident Evil. One of the early pioneers of the survival horror genre, eschewing fast-paced action for foreboding dread and cryptic puzzles, the Capcom zombie potboiler was marginally less praised than its 1996 predecessor but it introduced several new gameplay elements that elevated it in some regards. And then there were the jump scares. Or rather, that jump scare. 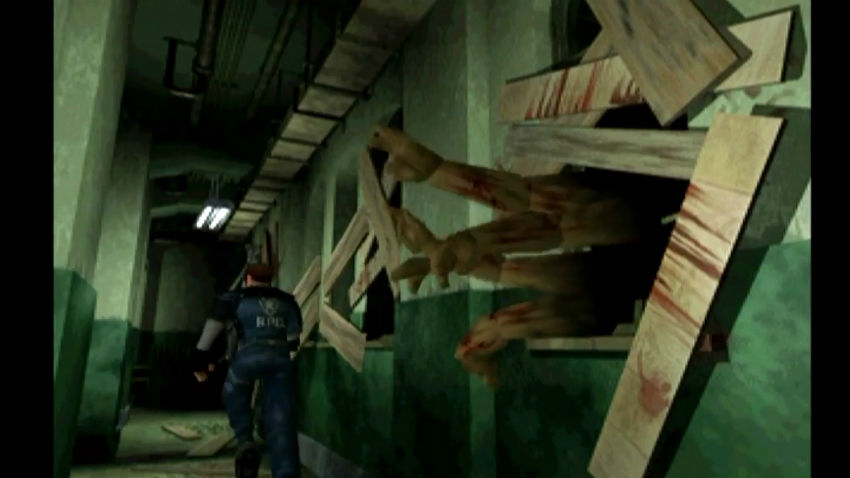 Jump scares have traditionally been my least favourite aspect of any game or movie, as I can generally spot the tells of what is about to happen, totally undercutting the impact. Resident Evil 2 was different though. Breaking away from the haunted mansion trappings of the original game, the action spread out to the greater Raccoon City as it’s overrun by the zombie-making T-Virus. By the time rookie police officer Leon Kennedy, one of the two controllable characters, makes his way to the Racoon City Police Department where most of the game’s horrors unfold, he has already seen some shit.

As the player, you’re properly on edge by this time, not trusting any sight or sound out of the ordinary, so you’re very suspicious when you run pass a boarded-up window in one deserted hallway. Except, it’s just a normal boarded-up window. And it stays that way when you backtrack and run pass it again. In fact, there couldn’t be anything more mundane about that window, especially when you have far more monstrous concerns to be stressed about.

And then, much later, as you run by that window again, all hell breaks loose.

Okay, so “all hell” is just a set of zombie arms flailing at you for a second or two, but those undead appendages appear so suddenly and without any telegraphing that I had a few years shaved off my life right there. I bolted to my feet in pants-wetting shock and sent my Playstation controller flying across the room in uncontrolled alarm, followed by a stream of filthy expletives.

It may not look like much to anybody seeing it for the first time in that video above, but by first lulling you into a sense of safety over time through the reinforcement of that window’s mundanity, Capcom had made an incredibly simple jump scare so effective that I actually had to stop playing the game for a good few days. When I eventually went back, it was admittedly to some far more horrific and scary portions of the game (Oh hey, demonic dogs in the basement!), but I never trusted another boarded up window again, whether in the game or real life.